Menu
Voluntary overtime, standby and call out payments to be included in the calculation of holiday pay.

PRESS RELEASE: Voluntary overtime, standby and call out payments to be included in holiday pay

Voluntary overtime, standby and call out payments to be included in the calculation of holiday pay.

In White & Others v Dudley Metropolitan Borough Council [2016] 1300537/2015 the Midlands West Employment Tribunal have just ruled that in calculating the amount of holiday pay that an employer pays to its workers, it has to include payments for voluntary overtime, voluntary standby and voluntary call out payments, providing that work has been undertaken with sufficient regularity to have become part of the worker’s normal pay.

The case was brought by Employment Law solicitor, Laurence O’Niell at OH Parsons LLP on behalf of 56 workers who were employed by Dudley MBC as specific and multi-skilled tradesman, who were engaged in the repair and maintenance of the Council’s housing stock. All of the employees worked a standard 37 hour contract, with some also working 2 or 4 hours additional contractual overtime.

The Council calculated their holiday pay based on those core contractual hours (i.e. basic pay) only. In addition to those hours the employees worked additional voluntary overtime (often at weekends) and, again on a purely voluntary basis, joined a one in four or five week rota in which, when their rota week came round, they remained on standby for out of hours emergency work and if necessary call out if emergency work was required during those hours. The workers would then be paid an additional payment for all voluntary work, standby out of hours and call outs that they undertook.

In addition, some were paid a mileage allowance for trips between jobs. Those payments consisted of the cost of the trip plus an additional sum which was taxed as a benefit in kind. The Council excluded all of the additional payments from their calculation of holiday pay, on the grounds that it was not contractual pay. They argued that there was no contractual obligation to do the extra work and as the work was voluntary, it could not be said to have derived from their contracts.

It has been known for some time now that the first 20 days of annual leave (or regulation 13 leave under the Working Time Regulations) must contain all elements of contractual pay including non-guaranteed overtime. It was not at all clear whether it should also include all elements of non-contractual voluntary pay.

In a possible landmark decision of the Birmingham West Employment Tribunal, Employment Judge Warren (Birmingham’s designated Holiday Pay Judge) accepted submissions from the Claimants’ barrister, Jonathan Gidney of St Philips Chambers, that for regulation 13 pay, the question was not whether the work was ‘intrinsically linked to the contract’ but whether it had become ‘normal pay’, i.e. that which is normally received.

The Judge found that for the test Claimants in the case the voluntary overtime, standby call out work and mileage that they had done, had been done for such period and such regularity to become part of their normal work and accordingly part of their normal pay. In the circumstances the Judge ruled that the payment for that work had to be included in the calculation of holiday pay for the first 20 days of annual leave, under regulation 13 of the Working Time Regulations. The 8 additional days’ holiday (essentially the bank holidays) under regulation 13A and any extra purely contractual holiday were based on the contractual work undertaken and thus excluded purely voluntary work, so holiday leave for those remaining days will continue to be calculated as before.

The decision is an important decision for many thousands of workers who provide standby and call out work and work additional overtime on a voluntary basis. Their holiday pay should now reflect that additional work providing it has become part of their normal work.

Laurence O’Niell added, “What we have done so far is establish the principle. We now have to look at each claimant’s individual case to determine whether there is a benefit to them to take the claim forward. I don’t know if Dudley are going to appeal it, but in some ways I hope they do because the precedent is being set now for this type of voluntary work to be done.”

14 things to know about making an asbestos claim 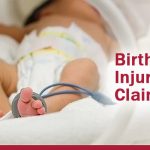 A complete guide for birth injury claims in 2021

Raising Awareness about the Dangers of Asbestos

OHP is a trading name of OH PARSONS LLP, a limited liability partnership registered in England and Wales (registered number OC385704) which  is authorized and regulated by the Solicitors Regulation Authority | 606560.